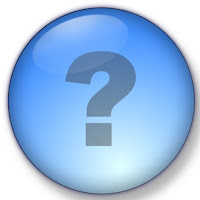 So ... never mind on those posts below. Ignore them. I was only kidding; clearly, there won't be any Cosmic Encounter news coming out of GenCon.

Or at least not in this six-minute video, which appears to be a series of highlights from Fantasy Flight Games' annual "InFlight Report" state-of-the-company address. There's all kinds of cool stuff in the video — especially if you're into things such as Descent and Talisman — but the words "cosmic" and "encounter" are never mentioned.

Now, as much as I'm disappointed, I'm also going to add that I don't think there's anything sinister going on here. I suspect that the long-rumored CE expansion simply hasn't found a place yet on FFG's production schedule, which, in all the years I've been following the company, has never been so crowded.

Stay tuned to this channel. If my Bothan spies report back with any sort of update, it will be posted immediately.

(No Twilight: Dune news, either. With or without dinosaurs)
Posted at 11:31 PM

I will check with Kevin when I see him online. As far as I know Cosmic Incursion is scheduled for this fall.

FFG has a gone toward a very strong control of game announcement.

I playtested a number of FFGs games but the NDA didn't even let me acknowledge that they were in development until after the announcement. I wouldn't be suprised if Kevin can't say anything even if the game is already finished.