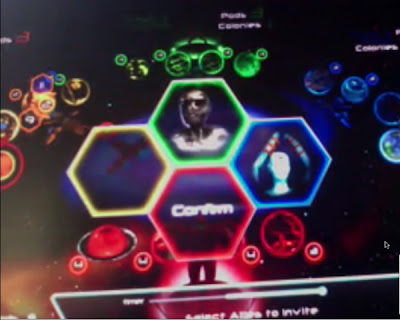 Ah, there's nothing quite like using a bit of shaky Blair Witch-style footage to add verisimilitude to a blog post.

One of my Blogmic spies — I use Bothans; they're great — just checked in with a hidden-camera shot of the proposed Xbox Live Arcade version of Cosmic Encounter (click the image for a larger version). It looks great, and, better yet, it actually plays! I believe that's Macron getting set to attack Clone ... ah, you just can't beat the classics.

But let's not get too excited: the entire project is in a bit of a slowdown mode for now. I believe our friends in the movie industry refer to it as Development Hell. There is, for all intents and purposes, no real timetable at all for CE to be released into the Xbox wilds. That could change, but, for now, murky spy photos is the best we can do.
Posted at 1:41 PM