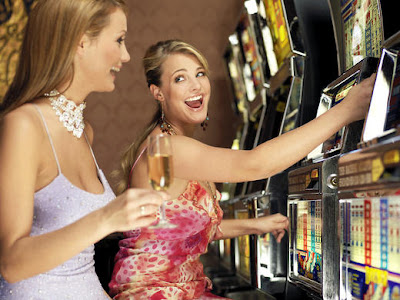 Plain-English power: Draw three cards after Reveal; if any are Encounter cards, one may replace/add to the card you played.

Three ways to win as Chosen:
Three ways to win against Chosen:
At CE Online? No, but wouldn't be terribly difficult to code. It could easily be displayed as the "Slot Machine Of The Gods", complete with Vegas sound effects! [editorial intrusion: then someone code the damn thing!]

Thank God Chosen was edited from its original version in the Mayfair set. It always sounded like a good power then, but in practice almost never made a difference. I didn't like it so much I had 2 different revisions of it made- the FFG is an even more powerful version of one of them. Booyah!

I like the change to Chosen as well, but then it makes Deuce obsolete for future expansions.

The original Chosen definitely had to be revised; as Mayfair had it, it was close to being a non-power. This new Chosen is pretty strong, and perhaps overly so - where is it's Achilles' heel?

* Amoeba can try to ooze to compensate for any perceived disadvantage but leaves him defenseless at home.

* Loser *would* normally be powerful here, but Chosen merely has to replace his card with a Negotiate to win.

* If it's about going up against multiple Encounter cards, then Fodder and Reserve have some utility and flexibility in their tactics.

* Vulch, surprisingly, benefits from Chosen using his power - as long as Chosen does not have his Flare, any Artifacts that are turned up are collected by Vulch after the encounter ends. If Chosen gets picked by Destiny several times in a row, Vulch could end up with a plethora of useful cards at one time.

There are a handful of possibilities with certain Wild Flares, but that's more the luck of the draw than anything else, and we're discussing sound tactics or powers that have something of an advantage or equalizing effect.

What's up, I check your blog on a regular basis. Your story-telling style is awesome, keep it up!

You can certainly see your expertise within the article you write.

The sector hopes for even more passionate writers like you who are not afraid to say how they believe.
At all times go after your heart.

Take a look at my website :: Louis Vuitton Outlet

Hi my friend! I wish to say that this article is amazing, nice written and include almost all important infos.
I'd like to peer extra posts like this .

Hmm is anyone else having problems with the images on this blog loading?
I'm trying to figure out if its a problem on my end or if it's
the blog. Any responses would be greatly appreciated.

Here is my page; Go Here

Hi there! This is my first visit to your blog!
We are a collection of volunteers and starting a new project in a community in the same niche.
Your blog provided us useful information to work on.
You have done a marvellous job!

I'm gone to say to my little brother, that he should also go to see this blog on regular basis to get updated from newest information.

Hello there, You've done an incredible job. I will certainly digg it and personally recommend to my friends. I'm
confident they will be benefited from this web site.

I like the helpful information you provide
in your articles. I will bookmark your weblog and check again here frequently.

Best of luck for the next!

What a stuff of un-ambiguity and preserveness of precious knowledge on the topic of unpredicted emotions.

I do agree with all of the concepts you've offered to your post. They're very convincing and will certainly work.
Nonetheless, the posts are very brief for newbies. May just you please extend them a little from subsequent time?
Thank you for the post.

Fascinating blog! Is your theme custom made or did you download it from somewhere?
A theme like yours with a few simple adjustements would really make
my blog shine. Please let me know where you got your design.
Appreciate it

Hi there friends, pleasant piece of writing
and nice urging commented here, I am in fact enjoying by these.

Hi, after reading this awesome post i am too cheerful
to share my familiarity here with colleagues.

Hello just wanted to give you a quick heads up. The words in your post seem to be running off the screen in Ie.

I'm not sure if this is a formatting issue or something to do with browser compatibility but I thought I'd post to let you know.
The style and design look great though! Hope you get the issue resolved soon.