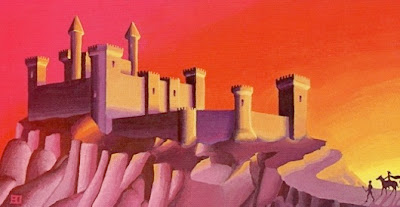 Plain-English power: Attack cards can be placed as fortifications on planets.

Loved by: Turtle/porcupine strategists; those who like solidifying their conquests. Spiff says "Bring it on!"

Loathed by: Space Invaders, win-inverters such as Loser and Anti-Matter (because Citadel's power is optional), and Virus & Chosen (Citadel can compete with their totals ).

Anything else? Citadel is a great implementation of a "planet improvement" mechanic. It plays very much like an "arrow tower" or "bunker" structure from an RTS game.

— Submitted by Zach Gaskins
Posted at 9:17 AM