From the archives: 1982 White Dwarf ad 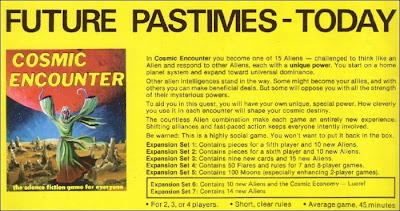 Back when there were these things called gaming magazines — the kind that came off of printing presses, I mean — this was the sort of advertisement that often appeared. Some of the magazines, frankly, were worth it more for the interesting advertising than for their actual content, especially in the pre-interwebs days of never being quite sure what company was releasing which product when.

Anyway, this is from White Dwarf #29 (Feb./March 1982 issue), back before Games Workshop turned the magazine into a 12-times-a-year, 100-page advertisement for Borehammer. Click on the image for a larger version.
Posted at 11:05 AM